Home/CFP: South Asian Literatures in the World
Previous Next

South Asian Review invites 5000-word essays for a Special Issue on South Asian Literatures in the World. We invite work that thinks about the international relationships, global 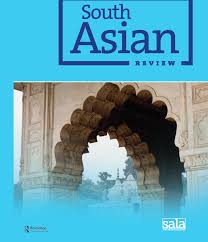 contexts, and other national, regional, and collective identities that help generate and give meaning to South Asian culture.

A persistent demand among liberation, anticolonial, and postcolonial thinkers has been to decentralize the prominence of Europe and the Global North while studying postcolonial nations and their intellectual productions. This demand undergirds projects as ideologically and methodologically diverse as Ngugi Wa
Thiong’o’s Decolonising the Mind, Spivak’s Death of A Discipline, Dipesh Chakrabarty’s Provincializing Europe, and Walter Mignolo’s Local Histories/Global Design. Famously, and in the particular case of South Asian studies, the Subaltern collective came together in order to try and practice historical study that was a departure from necessarily Eurocentric historiography. Less celebratorily, Dibyesh Anand has argued for an approach that examines India’s regional oppressive military presence, especially with regard to its borderland
ethnonations, showing how a country can hide its own colonizing actions behind its postcolonial status.

The multivalent and heterogenous demands for decentralizing the Global North suggests that such scholarship can be done across disciplines, research methods, period criticism, and ideological lineages. Embracing such plurality, South Asian Review invites submissions that follow a non-Eurocentric investigative spirit and think through South- South affinities, affiliations, and antagonisms. In this, the project of this special issue is different from thinking through the “globalization” of South Asia, which is the naming of a neoliberal process that both centers the technology and consumerism of the Global North and, additionally, casts transnational interactions as a late-twentieth-century phenomenon. Instead, we seek to collect essays that concentrate on expanding the idea of a global South Asia both spatially and temporally.

Key questions we ask: What global relationships have underpinned the invention of the South Asian literary imagination? Conversely, what role has South Asian culture played in the imaginaries of other Global South nations or collectives? How has literature represented international conflicts, and what interpretive frameworks
have such representations generated? In texts that are concerned with South Asian diasporas in the Global North, what relationships with other ethnic, linguistic, and religious minorities have emerged in such literature? How does literature help us interrogate and reconfigure the assumed relationship between the colonized and the colonizer or the Global North and the Global South? How have gender, sexuality, class, and caste shaped some of these relationships? How do vernacular literatures and literatures in translation frame these global relationships? How do they shift and what do they erase in the diaspora? What does it mean to speak of South
Asian literature(s) collectively at a time when the nations that comprise this collective are often in conflict— either state-sponsored or otherwise—with each other? In what ways do South Asian literatures prior to the emergence of Anglophone literature engage in global world making?

South Asian Review is looking for essays on:

Please submit full essays (about 5000 words) to South Asian Review’s online submission system by August 31, 2019, and remember to choose “South Asian Literatures in the World” as the Special Topics journal.
Essays that clear preliminary review by the editor will be sent on for blind peer review as they come in. Please read these Instructions for Authors before submitting your essay.
Please direct all questions about the special issue to the special issue’s guest editor Dr. Madhurima Chakraborty at mchakraborty@colum.edu. Dr. Chakraborty is Associate Professor of English at ColumbiaCollege Chicago. She has co-edited Postcolonial Urban Outcasts: City Margins in South Asian Literature and a special issue of South Asian Review on The Nation and Its Discontents with Umme Al-wazedi. Her articles on Postcolonial and South Asian literature and film can be found in Journal of Postcolonial Writing, Literature/Film Quarterly, and Journal of Contemporary Literature. She is also finishing a book on Mahasweta Devi.

August 31: submission deadline (to the editor, and then sent out for peer review)
October 31 (projected): decision notification
January 15 (projected): final drafts of essays due

This website is in NOT affiliated with my employer.  All opinions on this website are my own as a public scholar.