Home/CFP: Portrayal of Minorities in Pakistani Literature
Previous Next

Portrayal of Minorities in Pakistani Literature 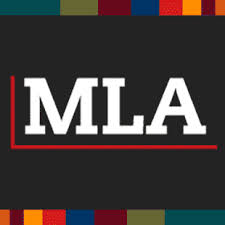 In recent years, Pakistani English literature has gained increasing attention both inside and outside of academia. Works by writers like Mohsin Hamid, Nadeem Aslam, Mohammed Hanif, Kamila Shamsie, and H M Naqvi often end up winning multiple literary awards in the US and UK. According to Sonny Mehta, the editor-in-chief of Alfred A. Knopf, Pakistani writers “are addressing change and what’s happening in the world. There is something completely contemporary in this writing.”

This panel seeks to investigate the portrayal of religious and ethnic minorities in Pakistani English literature. Pakistan came into being as an Islamic state for the Muslims of the Indian subcontinent after the British Raj ended in 1947. Historically, Pakistani literature particularly in Urdu (the national language of Pakistan) has remained silent especially with regard to religious minorities like Christians and Hindus.

According to Asif Farrukhi, a leading Urdu critic, fiction writer, and editor of the Urdu literary magazine, Dunyazad, there are only a couple of works of contemporary fiction in Urdu in which Christian characters appear and that too with regard to their “association with a trade considered lowly.” This panel will also explore the political and cultural reasons behind these silences and how Urdu literature was mobilized in service of a Pakistani Muslim identity, and its consequences for religious and ethnic minorities.

If you have any questions please feel free to contact me at mushtaq@binghamton.edu

This website is in NOT affiliated with my employer.  All opinions on this website are my own as a public scholar.