Home/Honors Colloquium I, Fall 2007
Previous Next

This course will introduce you to the postcolonial aspects of global literature. The postcolonial cultural production can be roughly divided into three overlapping phases: the works produced during the contact phase, the native responses to colonialism, and the postcolonial cultural production both from the global periphery and the diasporic authors. Postcolonialism is a dynamic, expansive, and contested field of literary study involving a high degree of multidisciplinarity and theoretical innovation. This course will also introduce you to the early and current debates of the field and possibilities of the field in the future. We will pay special attention to the current state of high capital and neoliberal globalization and the artistic and critical responses being offered in resistance.

We will read these texts of the global periphery not simply as crystallized versions of the cultures that they attempt to represent, but also use them as points of departure into a study of the larger power structures within which these texts are produced. In doing so we will also question our own place and privileged location within the academy and imagine the possibilities of making our work commensurate with the acts of semiotic and material resistance being offered to the reigning power structures by the cultures of the global south.

This course will introduce you to the current global negotiation of power, the articulation of native resistance against the imperatives of globalization, and the native attempts at achieving social justice. In doing so we will also touch upon the role of the nation-state within the current climate of neoliberal globalization and the global war on terror, the politics of the diasporic cultural production, and the possibilities of global popular alliances.

Students are expected to come prepared for class: This involves reading the assigned texts, listening carefully to their peers, and contributing their views in a collegiate and stimulating way. Attendance is mandatory. YOU MUST FINISH ALL MAJOR ASSIGNMENTS TO PASS THE COURSE.

Response Journals (100 Points)
Every week you will turn in a journal responding to the readings assigned for the week (10 JOURNALS IN TOTAL). The journal should be minimum two pages, double-spaced, font 12 Times. Following are some, but not all, questions you may consider:
What does the text say about gender, race, ethnicity, class, nation, or power and what are your views about it?
Did you agree or disagree with the text’s politics? why?
What is the text critiquing? • How can we relate this text to contemporary realities?
Does this text raise the question of justice? If so, how and for whom? • Does the text provide a politics for a better future?
How does the form compare to the metropolitan techniques of creative production? (For creative writing majors)

Mid-Term Exam (200 Points):
The Mid-term will be given in the eighth week. The exam will include three essay questions. I will give you a comprehensive study guide a week before the exam.

Group Presentation (100 Points)
In the first week, your class will be divided into small groups who will then choose their presentation topics. I will provide detailed instructions later.

Term Paper (200 Points)
The final term paper will be due on the last day of class. The paper should be 10-15 pages, written in MLA style, with a clearly defined thesis and a coherent argument. I expect you to use at least one of the major critical approaches that you must have learned in your Critical Theory course. I would encourage you to choose your topic early and to conduct extensive research. I will be available to assist during all the stages of your research and composition process. I will give you a separate handout about the detailed requirements of this assignment. No late papers please.
Final Exam (300 Points)
The final exam will be a two part, essay exam. Part 1 will comprise a take home exam while Part 2 will be in-class. A detailed study guide will be provided a week prior to the exam.
Class Participation (100 Points)
As this is a discussion format class, your thoughtful participation is essential to the success of the class. I encourage collegiate, open, and thought-provoking class discussions. Remember, we are all here to learn, so let us share our ideas and knowledge to make this class into a dynamic learning experience. I encourage you to speak-up in the class, not just about the texts but also if you have any suggestions about how to improve our learning during the course.

Attendance
You are expected to attend the class regularly. You will be in the danger of failing the course if you exceed FOUR absences.

Plagiarism
Plagiarism is against the law, and will result in automatic failure in the course. Simply stated, plagiarism is when you try to pass anyone else’s work as your own or if you turn in your own work written for another class.

ADA: If you have a disability, please contact the campus ADA office and bring me the necessary documentation. I will try my best to accommodate you if you need any special instruction or assistance.

Note: This is a tentative weekly schedule. The instructor may change it as and when it
becomes necessary. All such changes will be announced in the class.

Week One
Introduction to the course and Postcolonialism
Formation of presentation Groups
Readings:
Orientalism        Said 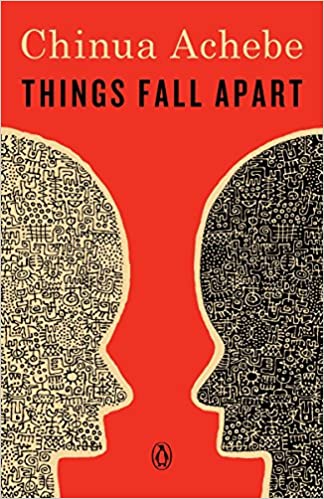