Since 2014, Pakistan has become increasingly opposed to Valentine’s Day and its celebrations. In 2016, president Mamnoon Hussain, who was infamous for his absence from the political 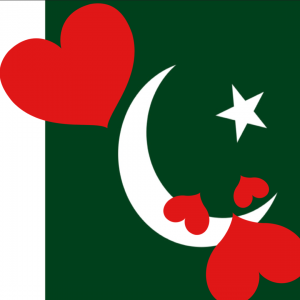 scene,  urged people to not celebrate Valentine’s Day. Hussain was so invested in Valentine’s Day that he made these comments on the death anniversary of Sardar Abdur Rab Nishtar. In 2017, a Pakistani sought a ban against Valentine’s Day in Islamabad High Court, claiming that this celebration spreads “immorality, nudity and indecency” in Pakistan. IHC banned the promotion of Valentine’s Day. Afterward, Islamabad High Court issued show-cause notices to Geo TV channel and anchors for speaking against the ban on Valentine’s Day. Religious parties alternatively celebrate it as Haya Day, as if only be-haya Pakistanis (haya is usually required of women though) celebrate Valentine’s Day. A university suggested renaming the holiday Sisters’ Day, a concept more “compatible with Pakistan’s culture and Islam.” Anybody who is familiar with Pakistani youth would find this reasoning humorous, and this announcement, accordingly, invited jokes on social media.

All of these above-described alternatives to Valentine’s Day assume that Valentine’s Day, a celebration of love, is immodest/be-haya and anti-family, that it promotes loose morality and sexual promiscuity, that it is a western cultural import. Here it is also worth mentioning that some ulema in other Muslim countries like Saudi Arabia and Turkey have declared that celebrating Valentine’s Day is not prohibited and it is not haram. But one wonders what is it about people expressing love that makes the clergy, the state, and various institutions in Pakistan come together in its opposition? One also wonders if they actually believe that banning or renaming events can restore some religious code or stop a cultural change?

Even when we talk about Pakistani culture and traditions, there are mixed messages. On one side, people learn about the folklores of Heer Ranjha, Sassi Pannu, Sohni Manhiwal, sing them, and celebrate them. On the other side, love is also a bad and shameful word when used in the context of a romantic relationship. Most of our venerated poets write about the lips, eyes, hair, and what-not of their beloveds. But, on the other hand, any open expression of love is also a shameful act. How does one justify and resolve these contradictory cultural influences and how does one solely blame the western cultural influences?

64% of Pakistani population is younger than 30 and they have easy access to social media and different points of view. Pakistanis need to be more sensitive to and accepting of this demographical and cultural change. Culture is not stagnant. It changes in subtle or visible ways, despite people’s resistance to change. It is now an open secret that people date. Our approaches towards Valentine’s Day merely reflect our culture of ‘do but don’t tell.’ Can any institution or parents make people stop dating? Likely not. People who have access to money, more private spaces, and other required resources do, as is the case with everything else, find ways to celebrate Valentine’s Day and or their love on any other day. So, it is really the less resourceful and relatively disadvantaged middle or lower class who have to hold up the mast of morality, culture, and tradition.

More traditional or religious people need to realize that their children are living in a different world and their approaches towards things are different too. What if instead of solely shaming their children for dating, parents instead acknowledge the more restrictive parts of culture and religion? What if parents enable their children to think wisely and confidently about their romantic life so their children make informed, wise decisions for themselves? What if even when parents don’t understand their children’s life decisions, they tell them that they trust them to make the right choices for themselves and their families? If parents don’t do that, then incidents like an unmarried woman dying during an illegal abortion will keep happening. We can’t pretend that there aren’t more unreported incidents and more deaths like that happening around us. Raising awareness about issues and finding solutions to those issues are much healthier and more effective approaches than shaming people and making appeals to culture and religion.

With the much-lamented rising divorce rate and women’s freedom, Pakistanis also need to be more receptive and willing to shift a few of its cultural norms regarding people’s decisions about their lifetime companionship, aka marriage. People blame the high divorce rates on society’s moral degradation. But they should consider that educated, independent, and employed women can choose to leave their bad, exploitative, incompatible marriages instead of wasting their lives. Instead of bemoaning the divorce rate and locking people up in bad marriages, what if we people neutralize the word ‘love’ and ‘dating?’ Love isn’t only sexual, as is quite clear in our cultural tradition, oral narratives, and written literatures. If young people have awareness, the trust of their families, then days like Valentine’s Day can be a positive force. People, who like each other, can make informed decisions about their lives and their life partners. This could lead to happier and emotionally healthier families and, as a result, a happier and h

About the Author: Iqra Shagufta Cheema